Skip to Article Skip to Search About Us Skip to simple menu
DrMarkMcFarlandBlog.com

Published on 30 July 2017 under Headaches 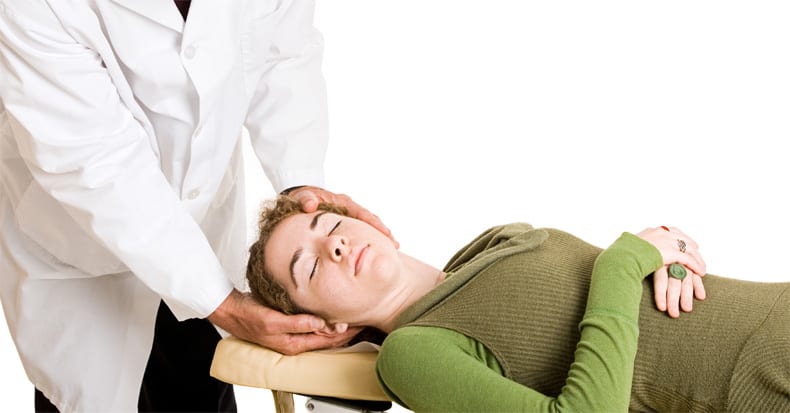 Migraines affect approximately 15% of the general population and are usually managed by medication. However, this traditional treatment approach is not well tolerated by some migraine sufferers due to side effects. Additionally, some people prefer to avoid the risks associated with taking some medications over the long term.

A systematic literature review of randomized controlled trials (RCTs) involving the use of manual therapies to treat migraines found that chiropractic spinal manipulative therapy (SMT) is equally as effective as the medications propranolol and topiramate in the management of such headaches.

One case report featured the successful outcome of a 24-year-old pregnant female who had a history of migraine headaches starting at age twelve. She had previously tried other forms of care including osteopathy, physical therapy, massage therapy, and medication including a non-steroidal anti-inflammatory with codeine. Due to her pregnancy, she turned to chiropractic care in hopes of achieving relief without the use of medications. The application of spinal manipulative therapy along with other manual therapies led to a satisfying outcome which allowed her to cease using her medication.

Another case study featured a 72-year-old woman with a 60-year history of migraine headaches that included nausea, vomiting, photophobia (light sensitivity), and phonophobia (noise sensitivity). Prior to treatment, the patient averaged one to two migraines per week, which lasted one to three days in duration. Following a course of chiropractic care, her headaches resolved completely, which eliminated the need for any migraine medication. A follow-up seven years later confirmed her continued migraine-free status.

In a case involving a 49-year-old female patient suffering from migraine headaches following a car accident, a twelve-week course of chiropractic care utilizing SMT along with both active and other passive therapies led to significant improvements in the patient’s migraine-related disability and pain.

In another case, a 17-year-old boy fell on his head while pole vaulting and began to experience bipolar disorder symptoms, seizures, sleeping problems, and migraine headaches. After failing to respond to various treatment approaches from numerous physicians, he sought treatment from a doctor of chiropractic at age 23. After four months of chiropractic care, his migraine frequency dropped from three times a week to twice a month. He reported a full recovery after seven months of care, which was sustained at an 18-month follow-up.

You will receive updates